A Visitor’s Guide to York 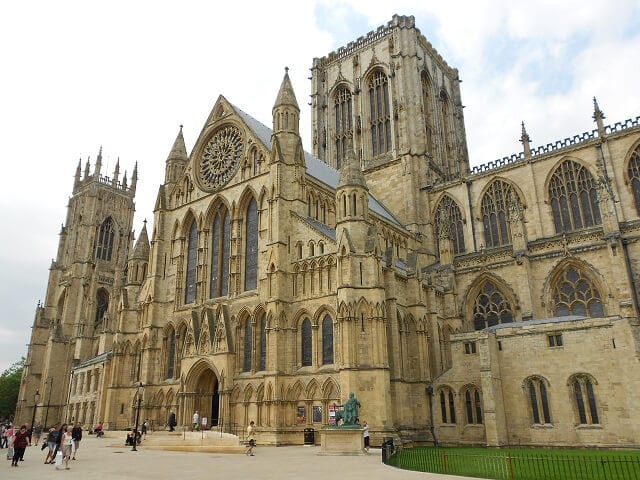 It’s no secret that our holiday parks are a perfect spot from which to explore the dramatic landscape of the North York Moors and Yorkshire Dales, but we are also in striking distance of the historic city of York. So, why not take a step back in time and explore York’s history and character, enjoy the thriving cultural scene or just soak up the atmosphere in this most picturesque of cities? Our Visitor’s Guide to York rounds up just a few of the best things to do in this fabulous city.

No visit to York would be complete without taking in York Minster, the largest medieval cathedral in Northern Europe. This ‘Gothic beauty’ is truly magnificent to behold with its soaring spires and rich history spanning almost 2,000 years. See the impressive medieval architecture, vast spaces and stained-glass windows. Don’t miss the Undercroft Museum to learn about the history of the site from its Roman roots to its connections with Viking York. Digital displays and artefacts from the cathedral’s historic collection all bring the story to life.

For stunning elevated views of the city and the Minster, a walk around the ancient walls is hard to beat. To walk the entire route along these beautifully-preserved medieval town walls – the longest in England at 3.4 kilometres – takes approximately two hours. You can even stop off at a pub on the way round – The Lamb & Lion Inn adjoins Bootham Bar, one of four primary, ancient Roman gateways to the city.

Almost all that remains of York Castle built by William the Conqueror, Clifford’s Tower offers unrivalled panoramic views of Old York and in the distance, you can see as far as the North York Moors.

See this wonderful city from a different perspective and hop on board one of the sightseeing cruises along the River Ouse. Sit back, relax and discover some fascinating historical facts about the City of York and its river while admiring the beautiful sights along the way.

When it comes to shopping, York caters for everyone with a mix of outlets from high street brands to chic boutiques. It’s fun to explore the labyrinth of streets and the most famous is The Shambles, a narrow street of timber buildings which is first mentioned in the Domesday Book. Dating back to the 13th century, The Shambles was originally a place for butchers to trade and is now filled with a ‘bright mix of mostly independent retailers’. It’s also said to be an inspiration for the way Diagon Alley looks in the Harry Potter films.

‘With more attractions per square mile than any other destination in the UK’, you really are spoilt for choice when it comes to cultural things to do. The newly refurbished Jorvik Viking Centre remains ever popular and its sister museum Dig offers a fantastic hands-on archaeological adventure for kids. The Yorkshire Museum and Gardens gives a great introduction to the city, while the York Chocolate Story is another popular family favourite. The National Railway Museum is home to iconic locomotives and celebrates the past, present and future of innovations on the railways, and The Castle Museum offers an opportunity to immerse yourself in 400 years of York’s past.

There is no question that York has a thriving food and drink scene and we’ve touched on a couple in our previous blog about Fine Dining in Yorkshire. For foodies, there is plenty of choice for all tastes, including modern fine dining, international cuisine or street food. Check out this blog from BBC Good Food for inspiration.