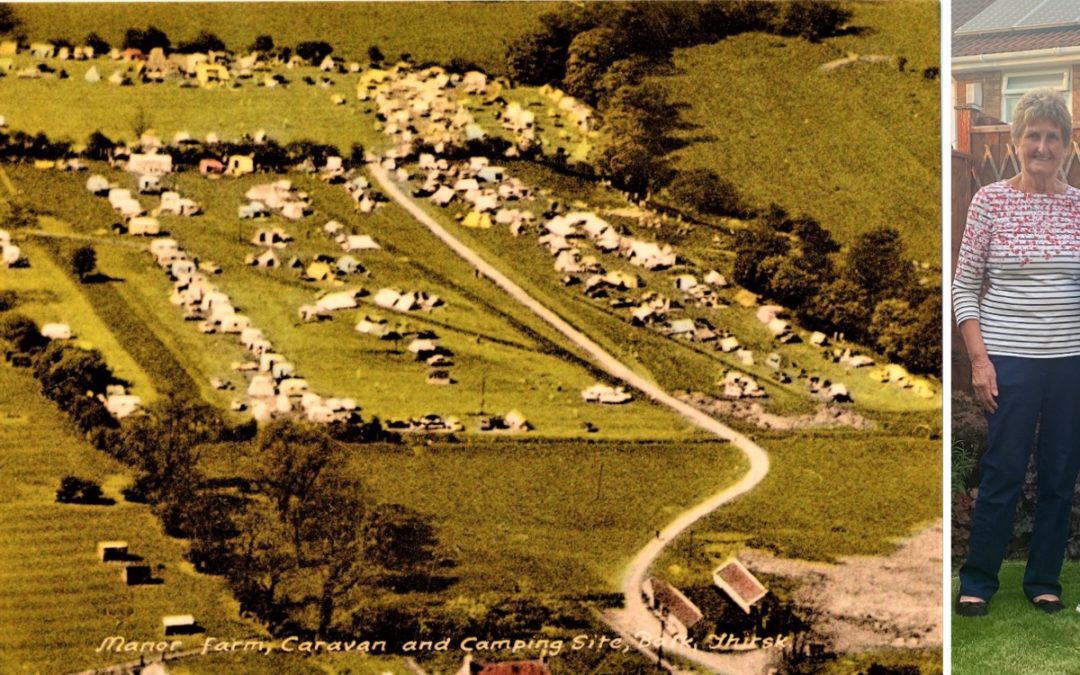 We recently said goodbye to Mike and June Mawson who have called time on their holiday home at York House after an incredible 50 years. We caught up with their son, David, to find out more about what brought his parents to the park in the first place and why they have loved visiting again and again over the decades.

When Mike and June Mawson bought their first caravan at York House Holiday Park, decimalisation had just been introduced, Edward Heath was the Prime Minister, and the most popular shows on TV included The Two Ronnies and Upstairs Downstairs.

The year was 1971 and not only were the times very different but so was the holiday park.

“It was little more than a farm field with a toilet block owned by the farmers John and Peter,” said Mike and June’s son, David.

“The top field was a tent field and my parents had been camping there with some friends and enjoyed it so much they decided to get a caravan.” 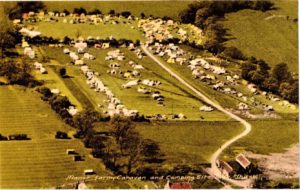 A postcard that Mrs Mawson bought on her first visit to the site, when it was known as Manor Farm Caravan and Camping Site.

The couple initially bought a towing caravan, a Thomson T Line, which they kept on site.

“The most exotic thing you could get in those days caravan-wise was one with an awning on the side!” said David.

After a couple of years the Mawsons bought a Europa 455, still a towing caravan but, unlike the T Line, it had a water pump in the kitchen. Then about ten years later, in the early 1980s, they moved into their first static caravan, a Cosalt Torbay. “It gave you more room and a bit of luxury,” said David.

As the years progressed, so did the caravans, with the family moving on to a Carnaby Hainsworth and then an Arron Brook Luxihome. They spent many wonderful times at York House with their family, making the convenient 45-minute trip to Balk from their home in Billingham whenever they got the chance. David, who was seven years old when his parents bought their first caravan, recalls spending every weekend at York House, as well as the six week school summer holidays. Later, when David had grown up, he used to visit with his own wife and son.

“York House has been a big part of our lives,” said David. “My mum and dad, and me too, have made lifelong friends there over the years. As a child, I had my friends at home and my caravan friends. After I left home, my parents started going a bit further afield and travelled the world on cruise ships, but they always came back to their holiday home at York House.”

But now, 50 years after buying their first caravan, the Mawsons have said goodbye to their holiday home and the park that has been such a special part of their lives for five decades.

“Dad is 83 and Mum is 80 now and it’s getting difficult for them to go down as much as they used to,” said David.

“They will miss it. They love the people and the area, and everyone is so friendly on the park. My parents got to know Claire at the Old Barn Coffee Shop and they also had a good relationship with the gardening team. They will still visit occasionally and pop in to say hello.”

He said the attractions of York House haven’t changed over the last half century, even though the site itself has been developed.

“North Yorkshire is beautiful and my parents have done a lot of walking in the area over the years. Their favourite places are Sutton Bank, Kilburn village and Thirsk,” he said.

“We also used to love visiting The Greyhound, the local pub at Balk, which back in the day was a real caravanners’ pub with a family room and was always packed at the weekends and holidays.

“The holiday park itself is fantastic. You can’t compare what it’s like nowadays to what it was; we can’t praise the owners enough for what they have done. But the peace and tranquillity of the site hasn’t changed much over the years, which my parents have really liked.”

David added: “It’s the end of an era but my parents don’t regret their decision to call it a day. They’ll be remembering the great times and all the friends they have made at York House. They’ve had 50 great years and now it’s time to move on to another chapter.”

YHL Parks director Phil Brierley said: “It’s been an absolute pleasure to know Mike and June over the years and we are delighted they’ve had such wonderful times and made so many memories at York House.

“The site has certainly changed and developed during the five decades since they first visited, but it’s lovely to know that all the things that attracted them here in the first place still remain. The peace and tranquillity of the park, the wonderful views across the countryside, and the ease of access to North Yorkshire’s best tourist attractions – not to mention our friendly team offering outstanding customer service – are the reasons people visit us time and again.”

He added: “We are sorry to see Mike and June leave York House after such a long time, but we will no doubt stay in touch and see them again. We wish them and their family the very best for the future.”