A visitor’s guide to Whitby 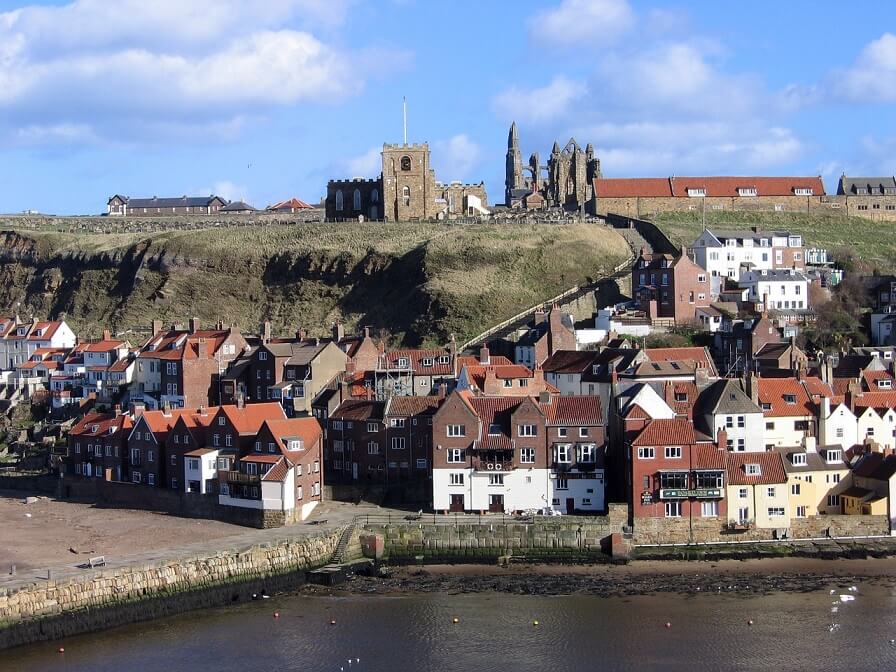 If you’re heading for the North Yorkshire coast, a visit to Whitby has to be on the agenda. It may be famous for its dramatic abbey ruins or as the place where Captain Cook first learned his trade, but this picturesque seaside town has many more attractions besides. Read on to find out more in our guide to Whitby.

If you love a day at the seaside, you can’t go wrong with Whitby and its many fantastic beaches. From family-friendly spots to secluded coves or fishing and surfing havens, not to mention areas rich in fossils and gemstones, the only problem is deciding which one to visit!

Among the most popular sandy beaches in the area are Whitby West Cliff Beach with its beach huts, donkey rides and paddling pool, and Sandsend, where it’s safe to swim in the special zoned areas. Nine miles north of Whitby is beautiful Runswick Bay, a dog-friendly beach with rocky areas where you might find ammonites and other fossils. You’ll also spot surfers among the waves, and maybe even a seal or two!

The great explorer Captain Cook cut his teeth as an apprentice seaman in Whitby on merchant navy vessels carrying coal. Discover all about his life and adventures at the Captain Cook Memorial Museum or take a cruise on an authentic replica of one of his ships, HMS Endeavour. Landlubbers may prefer to stay on dry land and take part in the Captain Cook Country Tour.

The North Yorkshire Moors Railway (NYMR) winds through 24 miles of stunning scenery, starting or finishing in Whitby. Take a steam engine or vintage diesel train to places such as Goathland, which was transformed into Hogsmeade Station in the first Harry Potter film, and Grosmont Station, the home of the NYMR.

The imposing sight of the ruined 1,500-year-old abbey is one of Whitby’s most famous landmarks and, unsurprisingly, among the top tourist destinations in the town. Climb the 199 steps up to St Mary’s Churchyard, next to the abbey, and enjoy the stunning views.

Whitby Abbey was founded in the seventh century as a Christian monastery and later became a thriving Benedictine Abbey before being dissolved by Henry VIII. For centuries the ruins served as a recognisable part of the headland for sailors.

Open all year round, it is the setting for a number of events and is lit up in spectacular fashion on Halloween.

Bram Stoker stayed in Whitby in 1890 when he was planning his Gothic horror novel. There are mentions of the town throughout his book, including a dramatic scene in which the vampire climbs the 199 steps to Whitby Abbey after fleeing the wreckage of his ship.

Today, Whitby makes the most of its Dracula connections, with the Dracula Experience taking visitors on a tour of the town to tell the story with live actors and special effects. Read more about Whitby and Dracula here.

From ghost walks and guided tours, to open top bus rides and the famous Goth Festival, there’s no shortage of cultural delights in Whitby.

Among the most interesting is the Whitby Lifeboat Museum. Housed in a former RNLI brick boathouse, its exhibits include paintings, medals, photographs and other items from wrecks and rescues over the centuries.

Pannett Park is a great place for all the family, with a vast green area and a children’s play park. There’s also Pannett Art Gallery with its displays of 19th and 20th century paintings, and Whitby Museum, which has a variety of fascinating artefacts, including the macabre Hand of Glory, believed to have been cut from the arm of a hanged convict.

A refurbished Victorian theatre, Whitby Pavilion offers a wide range of entertainment including films, theatre shows, festivals and other events. Have a pre-show drink in the theatre bar and enjoy the fantastic views out to sea.

Whitby has a range of fantastic cafés, restaurants and pubs to enjoy some delicious food and drink.

As you’d expect, fresh fish features highly on many menus, and you can’t visit Whitby without sampling some traditional fish and chips.

Worth a mention is the famous Fortunes Kippers Smokehouse, which has been smoking fish at the same premises in Whitby since 1872. The Fortune family still owns the business, using an unchanged method which has been passed down through the generations.

Whitby is a treasure trove of independent shops, so take some time out to have a browse. From the world famous Whitby Glass shop to The Whitby Cobbler shoe shop, where all the shoes are handmade, you can spend hours in shopper’s heaven. And don’t forget to buy some Whitby jet!

Whitby is a great place to go on the search for crabs, fossils and gemstones. The rugged Sandsend Ness or Kettleness Beach are perfect for a spot of fossil hunting, although some areas are not suitable for children or dogs. Equally in abundance on the shores of the town is the black gemstone jet.

Whitby Harbour, meanwhile, is the perfect spot for crabbing, a traditional pastime using simple weighted hand-held lines that’s as much fun for grown-ups as it is for kids.